Whenever the weather gets a little dreary, I’m rolling up my sleeves to make my easy homemade cinnamon buns. The smell of them baking alone, is enough to make you feel warm and fuzzy all around. As the weather cools down, this is definitely a delicious treat that you’ll want to make. For a special occasion, a Sunday brunch, or after a fast day.

How to make them:

Start by warming the milk and butter in microwave safe bowl for 1 minute. Remove the bowl from the microwave and stir. Continue heating in 20 second increments, stirring in between, until the butter is melted and the milk is warm to the touch (not hot).

In a separate bowl, combine the flour, sugar, and salt. Set aside. Pour the milk mixture into the bowl of a mixer fitted with the dough hook. Sprinkle yeast over the milk mixture and stir to combine. Add in the dry ingredients. Add the egg and mix on medium-low speed until combined. Continue to knead the dough for 5 minutes on medium-low speed. The dough should pull away from the sides and cling to the dough hook. If it’s sticking to the bottom of the bowl. add more flour, 1 Tbsp at a time. Make sure the flour is fully incorporated before deciding if you need to add more. Transfer the dough to a large oiled bowl and cover with a damp towel. Let the dough rest for 1 hour.

After an hour, the dough should have risen considerably. Melt the remaining butter in a pot and combine the filling mixture in a bowl. Set them both aside.

How to assemble the easy homemade cinnamon buns

Place the dough onto a lightly floured surface:

Roll the dough out into a large rectangle, about 9″x14″:

Okay, mine is more of an oval, but that works too. Spread the butter over the dough:

Distribute the filling mixture evenly over the melted butter:

Roll it up, jellyroll style:

Slice into about 1″ circles and place in your prepared pan. I like to use a springform pan lined with parchment paper, but you can use any pan you’d like.

Cover them with a damp towel and set aside to rise for 40 minutes – 1 hour, or until doubled in size. Preheat oven to 350F and bake for 25-30 minutes, until golden. Let them cool completely before drizzling with icing.

Cinnamon buns stay good at room temperature for 2 days, in the dirge for up to a week, and up to 2 months in the freezer if stored properly. 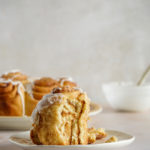 Did you make this recipe? I’d love to hear from you in the comments section below! 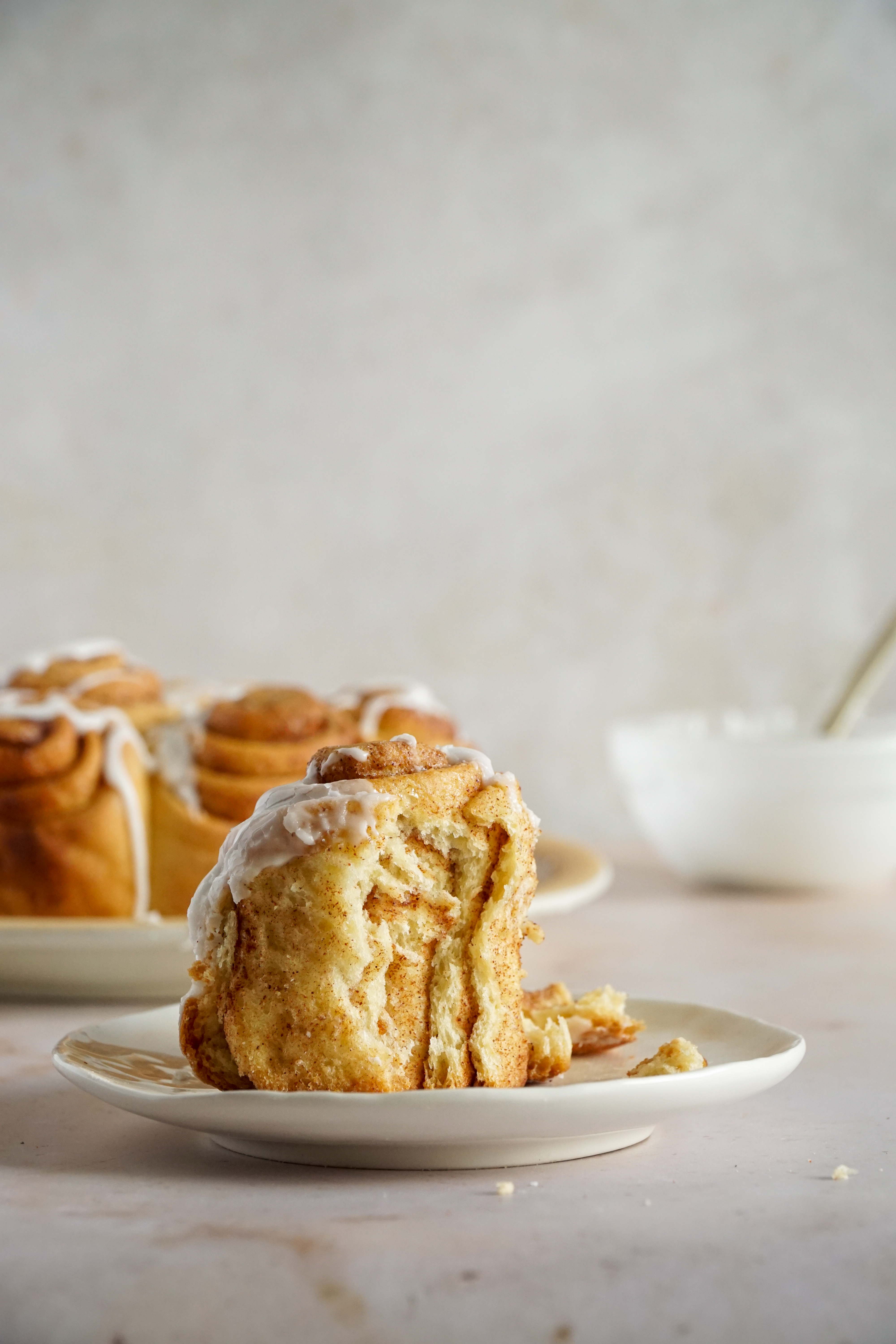 Latke tarts 3 ways💫 You don’t have to stand o

I’m not sure who had more fun with this Chanukah

Are you a fan of baked doughnuts??You’ll definit