This recipe appeared in this past Shavous issue of the AMI magazine. The entire photo shoot took place on a windy and chilly May Day. So windy in fact, one of the glass vases blew over and crashed all over the salad bar. There’s nothing a team of talented ladies can’t do though..ammiright?! We set it right back up and continued to shoot. As they say, the show must go on!

I can’t take credit for this French cheesecake idea. This was all Yossi! He finally convinced me (at the end of a long Shabbos afternoon) that a goat cheese cheesecake was a good idea. He was right. You should have seen how many eyes lit up when I told people I was making a goat cheese cheesecake! It’s a little tangy and a little sweet with a nutty crunchy walnut crust. It’s fluffy and light, thanks to the addition of beaten egg whites. We baked it French style, starting it off in a super hot oven to get that blackened exterior. You can make these in a mini springform pan like I did, or a regular ole 9”. Either way, there’s sure to be none left! 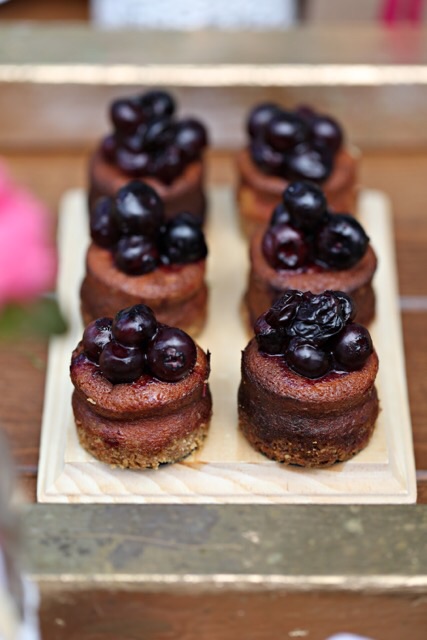 Directions:
Preheat oven to 350F Combine walnuts and sugar in a food processor and pulse until the walnuts are chopped into small pieces. Add in the melted butter and pulse to combine. Spread on the bottom of your springform pan. Bake for 10-12 minutes, until the edges are golden.

Directions:
Preheat oven to 450F
In a stand mixer, beat the goat cheese, yogurt, orange liqueur, half the sugar and vanilla, and honey until well combined.
Exchange the paddle attachment for the whisk and add in the egg yolks.beat on medium until smooth, then fold in the flour.
In a separate bowl, beat the whites until they hold their shape. Add in the sugar and beat until stiff.
Fold the white until the goat mixture, a little at a time.
Pour the filling into the cheesecake pan and place in the oven.
Bake for 10 minutes for the minutes and 20 minutes for the full size pans. Turn the oven down to 400F and bake for an additional 5-7 minutes for the small pans and 15 minutes for the large pans.
Remove from the oven and cool completely before removing from the springform.
Serve with blueberry sauce. 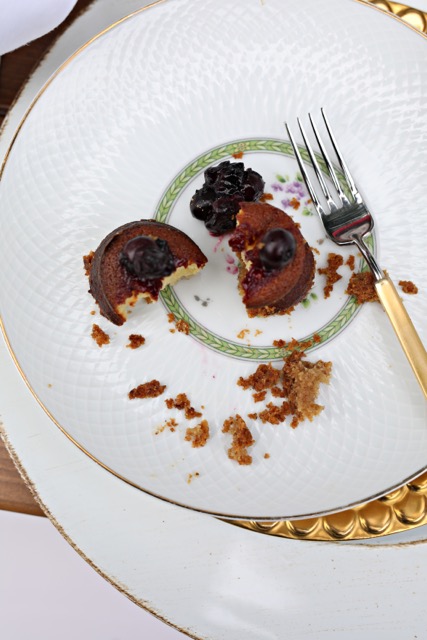 Recipe as published in AMI magazine May 2017.

One thought on “French Style Cheesecake”

Looking for a way to celebrate Tu BiShvat? Try a w

Weeknight meatloaf has been added to the blog arch

Looking for an easy Saturday night carb dish to wa