Moroccan cuisine always intrigued me because of its stark contrast to American cuisine. I love the flavors of dates and dried fruits in savory dishes. We did a lot of tagine recipe testing over last winter resulting in some really delicious and comforting stews. Hopefully this dish will get even the biggest Ashkenazi (like me) raving! 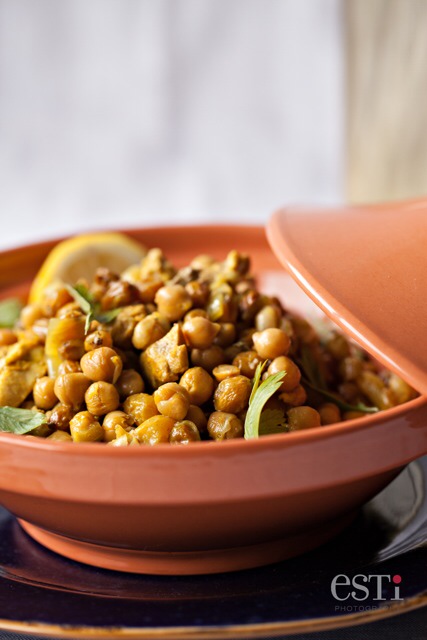 Heat a large pot or Dutch oven over a medium heat and add in the chicken, chickpeas, onion, cinnamon stick, turmeric, salt and pepper.
Pour in enough water to cover the chicken and chickpeas by about 1 inch. Bring to a boil.
Cover, reduce heat, and cook for 1 hour. Check the water level from time to time. There should always be enough water in the pot to cover the chicken.
After an hour, add raisins and half of the chopped parsley and cook for another 30 minutes or so, until there is little liquid left.
Transfer to a plate and garnish with the remaining chopped parsley and lemon wedges. (This dish is best served with a bowl of fluffy couscous)

Looking for a way to celebrate Tu BiShvat? Try a w

Weeknight meatloaf has been added to the blog arch

Looking for an easy Saturday night carb dish to wa